QCF Patron and Board of Governors 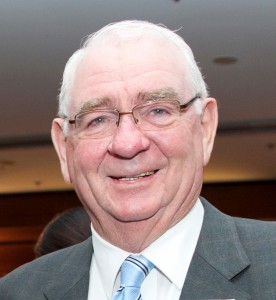 The Honourable Mike Ahern AO is a former Queensland Premier and over time held the Ministries of Primary Industries, Industry and Technology, and Health and Environment.

Since retiring from politics, Mike has undertaken consulting work with technology companies. He is Chairman of the Australian Liver Foundation and Chairman of the consultative Committee of the Queensland Centre for Advanced Technologies. 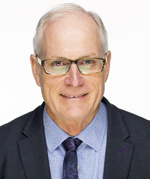 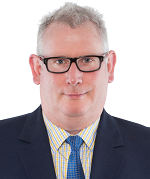 Andrew is Head of State Client Relationships at QIC and is responsible for the strategic leadership of QIC’s Queensland Government client relationships. At various times during Andrew’s long career at QIC he has been responsible for a variety of finance, accounting, tax, legal, governance, risk management and client facing functions. Prior to QIC, Andrew was employed in the accounting profession and also worked for the corporate regulator. Andrew is a Chartered Accountant and a former national Chairman and President of the Institute of Chartered Accountants in Australia. Andrew is a Fellow of Chartered Accountants Australia and New Zealand (CAANZ), the Australian Institute of Company Directors and FINSIA. Andrew is the Chairman of the Cancer Council Queensland, a Member of QUT’s School of Accountancy Advisory Committee and a Member of QLD Executive Committee of the Association of Superannuation Funds of Australia (ASFA). 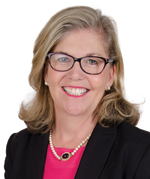 Helen Besly oversees the company-wide management of Rowland’s strategic offering, including the growth and management of the full breadth of their communication services. With more than 30 years’ experience in providing strategic council in communication, issues management and organisational change Helen is widely regarded as one of the leading minds in Australia’s communication industry. Noted by clients and associates for having an insightful and candid approach to business and communication challenges, Helen continues to be nvolved in client business and is a corporate coach to many of Australia’s senior business and community leaders. Her extensive experience spans the public, Government and private sectors including the utilities, energy and resources and education sectors, as well as pharmaceutical, healthcare and technology. An active member of the Queensland business community, among her many accolades Helen has won a Telstra Business Women’s Award, a Centenary Medal for her services to Australian society in business leadership and is also an Executive Advisor to QUT’s Executive MBA Program and is Queensland Chair and Council representative of Chief Executive Women. Helen joined Rowland in 1996, having previously been Vice President and Deputy Managing Director of Burson-Marsteller, Hong Kong. 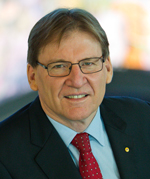 Professor Peter Coaldrake AO completed his almost fifteen-year term as Vice-Chancellor and CEO of QUT at the end of 2017. Peter is a dual Fulbright Scholar, and author or editor of a number of books and monographs, including most recently as co-author (with Dr Lawrence Stedman), of Raising the Stakes:  Gambling with the Future of Universities (UQP, April 2013; second edition 2016). Peter Coaldrake was recently appointed as Chair of the Board of the Queensland Performing Arts Trust. He is also Chair of the National Fulbright Selection Committee and of the Editorial Board of the Journal of Higher Education Policy and Management. He served a two year term as Chair of the Board of Universities Australia until May 2011 and completed a further three year term as a member of that Board in May 2017. Peter Coaldrake was named this year as a recipient of a 2017 Queensland Great Award by the Premier, and was also awarded the 2016 Asia Pacific Leadership Award by the Council for Advancement of Support of Education (CASE). 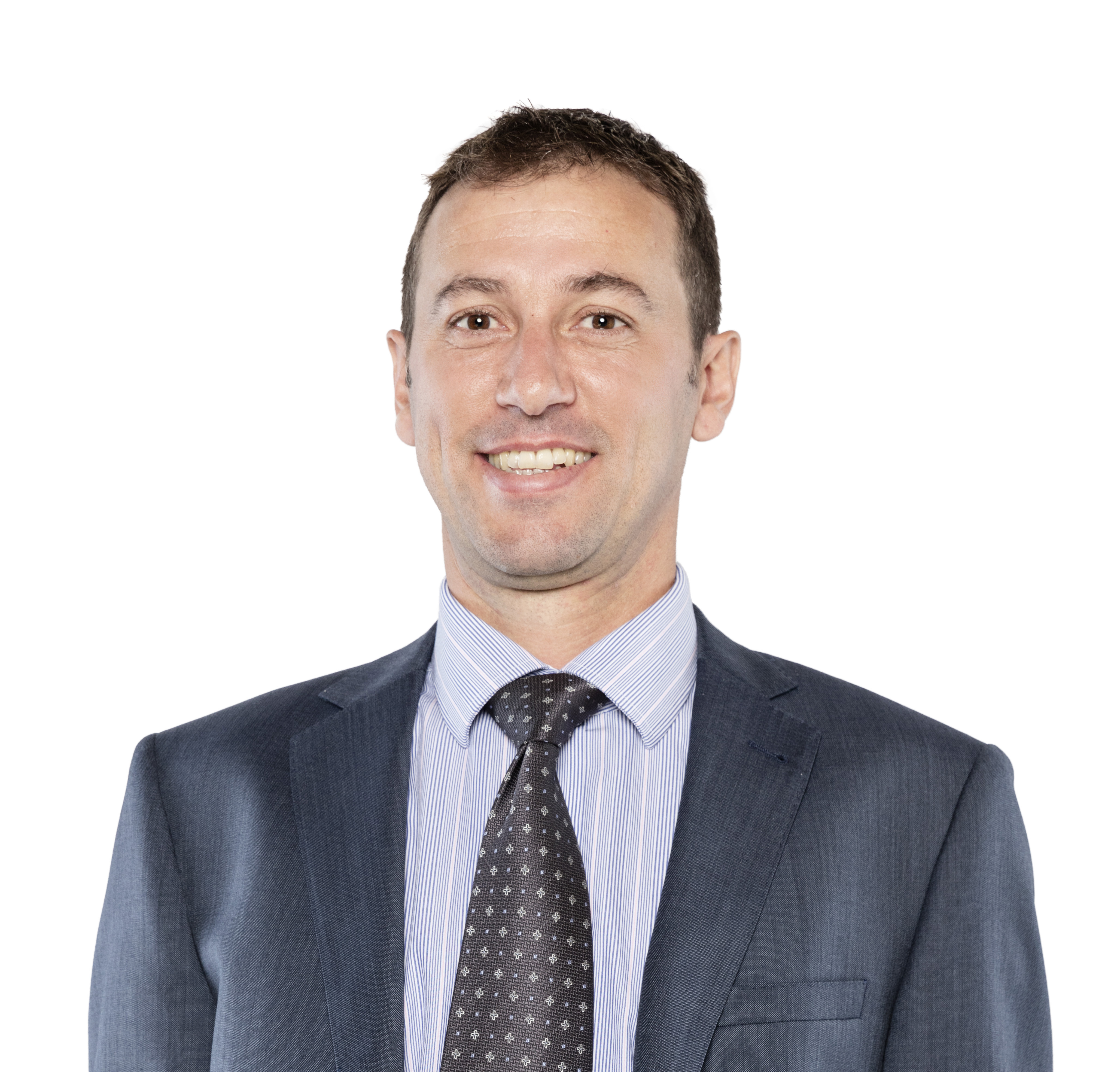 Alistair has over 16 years of experience in financial services and has worked in Australia and the United Kingdom (UK).

In his current role, Alistair leads and directs QIC’s Corporate Accounting and Advisory teams, influencing strategic direction and support for the CFO as well as providing financial insight, analysis, decision support and partnering to improve financial thought leadership and profitability within QIC. Alistair is also responsible for leading and delivering accounting services for QIC and its subsidiary companies, including financial and management reporting, statutory requirements, tax, treasury and cash management.

Alistair has held a number of finance roles within QIC. Prior to his current appointment, he was QIC’s Head of Financial Advisory.

Alistair holds a Bachelor of Commerce from the University of Cape Town, and is a Chartered Global Management Accountant. 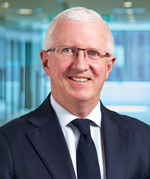 Bernard Curran is a Partner of BDO specialising as a Business and Taxation Adviser. He is currently Chair of the Board of The Prince Charles Hospital Foundation, a position he has held since 2012. Bernard also served as Chair of the Board of Creche & Kindergarten Association between 2012 and 2017. He also serves on a number of private company Boards and Advisory Committees. 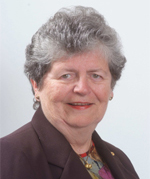 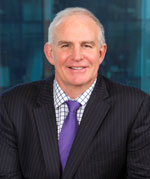 Damien was appointed Chief Executive Officer of QIC in 2012. With over 30 years’ experience in the financial services sector, Damien has a strong focus on developing and executing strategy, particularly around growth and sales. Before joining QIC, Damien was the country head of BlackRock Australia, responsible for managing $45 billion of assets on behalf of clients. Damien also held the position as BlackRock’s Head of Account Management, overseeing sales, marketing and product efforts across institutional and retail channels. Damien’s career has also included roles at Merrill Lynch Investment Management, Barclays Global Investors and Citibank. Damien is a Queenslander and prior to his career in financial services he represented Australia in rugby union. 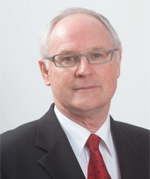 Dr John de Groot is a leading specialist in Wills and Estate Law and author of a number of definitive publications on the subject. These include Wills Probate & Administration Practice (Queensland) and Family Provision in Australia (an estate litigation text), of which he is co-author with Mr Bruce Nickel.

John is Chairman of the Queensland Law Society’s Succession Law Committee and of its Advisory Committee on Specialist Accreditation (Succession Law), Adjunct Professor at the T. C. Beirne School of Law at the University of Queensland and a regular presenter at seminars dealing with Succession Law issues.

Melissa’s career to date has focused on business development and strategic management of key client relationships to deliver investment and commercial outcomes. She joined QIC in 2010 as a Business Development Director responsible for the management of QIC’s foundation clients. Currently as Portfolio Manager in QIC’s Global Real Estate team she supports the development of strategic relationships with their national retail partners whilst managing the national legal and lease administration teams.

Melissa gained more than a decade of experience in the U.K in investment transition and client management both in funds management and private banking and has experience in specialist recruitment and human resources services.

Melissa serves on the Queensland Advisory Committee at Social Ventures Australia and holds a Graduate Diploma of Applied Finance and is a graduate of the Australian Institute of Company Directors. 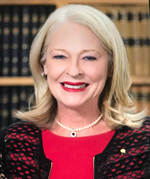 Margaret McMurdo was President, Court of Appeal, Supreme Court of Queensland from 1998 until her resignation on 26 March 2017, an Assistant Public Defender from 1977 to 1989 and she practised at the Bar from 1989 until 1991 when she became the first woman and the youngest person to be appointed to the District Court of Queensland.

Margaret was awarded an honorary doctorate from Griffith University in 2001 and the Centenary Medal in 2003 and in 2006 she received the Agnes McWhinney award from the Queensland Law Society for outstanding professional contribution by a woman lawyer.  She was appointed a Companion of the Order of Australia in 2007 for service to the law and judicial administration in Queensland, particularly in areas of legal education and women’s issues.

In 2009, she received an honorary degree from the Queensland University of Technology and in 2012 she was awarded an Honorary Doctorate of Laws from the University of Queensland. Margaret was a founding committee member of the Women Lawyers’ Association of Queensland and its president in 1980-81.

Margaret is currently chair of the board of Legal Aid Queensland and patron of Women’s Legal Service, Caxton Legal Service, and LawRight’s Civil Justice Fund.

She is a founding Fellow of the Australian Academy of Law, a member of the American Law Institute, an adjunct professor at the T C Beirne school of law, University of Queensland, and the inaugural judge in residence at the law school of Southern Cross University. 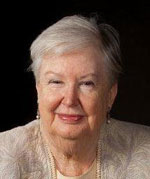 Dr Margaret Steinberg AM sits on a number of professional Tribunals and Boards.

A former Commissioner of the Criminal Justice (CJC) and Crime and Misconduct (CMC) Commissions and a Police Services Review Commissioner in Queensland, Margaret chaired the Audit Committees and Governance areas of both and took a strategic role in research and prevention activities.

She was formerly Assistant Commissioner (Community) of the Health Quality and Complaints Commission and Chair of its Consumer Advisory Committee; Deputy-President of the Guardianship and Administration Tribunal; and Research Professor in population health.

Margaret holds a PhD in Health and Education and has undertaken innovative work in complex contemporary matters including decision-making integrity, disability, HIV, telecommunications and population ageing at international and national levels, as a clinician, academic, public servant and community advocate.

Thank you to our Sponsors